EXPLAIN ANALYZE may be lying to you

In physics, the observer effect is the theory that the mere observation of a phenomenon inevitably changes that phenomenon. This is often the result of instruments that, by necessity, alter the state of what they measure in some manner.

(edit; this previously referred to the Uncertainty principle)

In layman’s terms, what the Observer effect states is that by measuring a property of a system, you may be altering that system itself: your observation becomes a distorted version of the reality.

In most cases, this distortion is negligible and we can simply ignore it. If we use a thermometer to measure someone’s temperature, some heat will be transferred from the person to the termometer, effectively lowering the person’s temperature. But it should not be noticeable, and well below the error margin of the thermometer.

Where the potential lie is

You are probably resorting a lot to use Postgres' EXPLAIN ANALYZE command when you want to optimize a query’s performance. You probably look at the query nodes, see which ones have the highest execution time and then try to optimize them. The costlier the node is, the biggest return of investment you get if you can optimize it. Obviously, a query optimization may change the query plan altogether, but you get the point: you want to know where most of the query execution time is going.

Now grab your favorite Postgres and run the following commands:

The latter is a better method, as the former includes client round-trip time and processing. But this overhead should be negligible for this case.

Do you see anything wrong? The execution time as reported by EXPLAIN ANALYZE is substantially higher than that of the real query execution time. On my system, running 20 times after another 20 times of warmup:

That’s about a 50% overhead! As we can see here, the measurement is significantly altering the observed fact. But it can get much worse. For instance, on a virtual instance running on a non Nitro EC2 instance (r4.large): 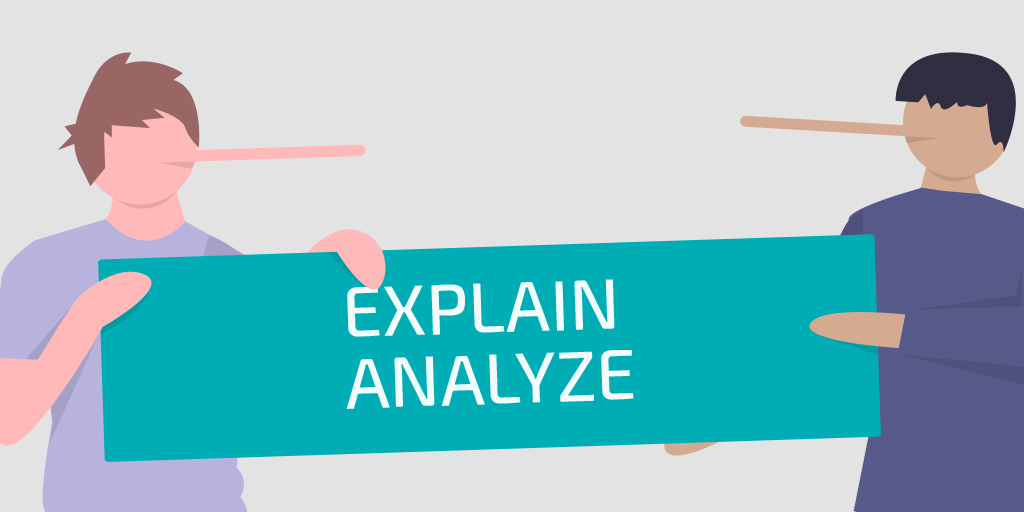 Astute readers may realize that this effect is related to the system clock. Non Nitro instances are virtualized with Xen, which exposes a xen virtualized clock to the VMs. On Nitro instances and other virtualized environments where KVM is used, clock is as fast as the hypervisor’s, and results are similar to the first ones shown here. We may also mitigate this effort on r4.large by switching to the tsc time source:

Also note that results will change if you configure differently max_parallel_workers_per_gather as these results are affected by the level of parallelism used.

You shouldn’t be surprised, however. This behavior is known and documented. As usual, Postgres documentation is as complete as it can be:

The measurement overhead added by EXPLAIN ANALYZE can be significant, especially on machines with slow gettimeofday() operating-system calls. You can use the pg_test_timing tool to measure the overhead of timing on your system.

However, I have found that many users and DBAs are either unaware of this effect or not aware of how significant it may be. This post is my humble contribution to make this effect more widely unserstood.

Why is this happening, after all? Postgres, like other OLTP databases, follows a query execution model named the Volcano model. Under this model, also known as one-row-at-a-time, each node of the query execution tree contains code to process rows one by one. Instead of every node gathering all the rows belonging to it before combining with the next node, as soon as a row is gathered at one node, it is processed through the rest of the tree. This makes sense –gathering all the rows at a given node may require to hold all that data in memory, which could be impossible–, but it introduced the EXPLAIN ANALYZE problem described here.

The executor processes a tree of “plan nodes”. The plan tree is essentially a demand-pull pipeline of tuple processing operations. Each node, when called, will produce the next tuple in its output sequence, or NULL if no more tuples are available. If the node is not a primitive relation-scanning node, it will have child node(s) that it calls in turn to obtain input tuples.

But how cheap (or expensive) is it to call the system clock? In Postgres, this is implemented in the elapsed_time function, which in turn relies on the INSTR_TIME macros defined in instr_time.h. Which calls the system call clock_gettime, a fast system call on most systems. In particular, on Linux, is typically implemented as a VDSO, meaning that there’s no context switch between user and kernel space, making the call significantly faster.

But again, how fast is “fast”, if we might be calling this millions of times? Again, Postgres documentation comes to the rescue, as there’s a binary included in Postgres to precisely do this, pg_test_timing. Indeed, it has a documentation section explaining how to use it to measure the EXPLAIN ANALYZE overhead.

On one of the systems used for the measurements above, it reports:

Basically, the overhead is for most cases around 5 micro seconds. That time multiplied by millions means seconds or dozens of seconds of overhead. I recommend you to read Clock sources in Linux if you want to dive deeper into the topic.

Let’s go back to our goal of using the execution timing information to see how we can optimize a query. If profiling overhead is substantial, but it is proportional to real execution time, it wouldn’t matter much –as all query execution times would be scaled alike, and the slowest node would remain the slowest node. But the problem is that they aren’t: some nodes suffer significantly higher overhead, and may appear to be slower than others, while it’s not the case in reality. Unfortunately, this means that you cannot trust EXPLAIN ANALYZE to optimize your queries.

It completely depends on the query and its execution nodes. We can use ltrace to count the number of times the clock_gettime is called:

It is a very interesting the case when parallel mode is activated. Here the time is reported in blocks to some degree, significantly lowering the number of times the clock is called.

The overhead EXPLAIN ANALYZE introduces is not proportional to the real duration of the query plan, but rather proportional to the number of rows processed by the node. While they may be aligned, more rows processed does not always lead to higher execution times, and counting on this assumption may lead to believing a node is slower when it is in fact faster than another one. In turn leading to a bad query optimization strategy.

I have worked deeper on the topic and tried the following:

How to become a bit more truthful

I guess it’s not easy. The fact that parallel mode appears to call the system time in blocks, at certain cases, could be a good way to move forward.

Another alternative would be to provide a “correction mechanism”. If the clock time can be measured precisely, and the number of times the clock is called is known –Postgres certainly could keep track of it–, its countribution could be substracted from the total measured time. While probably not 100% exact, it would be much better than what it is as of today.

In reality, EXPLAIN ANALYZE is a query execution profiler. Being aware of this, we all know that profilers introduce more or less profiling overhead. This is the key takeaway: EXPLAIN ANALYZE is a profiler, and its overhead ranges from high to very/extremely high on systems with slow virtualized clocks.

Pretty much the same story with VACUUM and VACUUM FULL. The latter should be renamed to DEFRAG or REWRITE TABLE –or VACUUM FULL YES I REALLY KNOW WHAT I AM DOING PLEASE DO LOCK MY TABLE, for that matter. 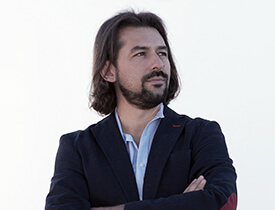 Here you can find the last posts published in our blog.

We are currently working on more awesome stuff